'Behold the Lamb of God’ - John the Baptist announced, when he saw Jesus walking towards him. I can’t read those words without my brain supplying a grand musical backing from Handel’s ‘Messiah’. Handel’s music presents the moment with a bold and monumental theme, but that is a long way from the sentiment that would have been in John the Baptist’s mind when he said those words.
There were many grand and monumental phrases that John might have used to announce arrival of the one he was waiting for: Behold the Son of David; the King of Israel; the Ancient of Days; the Messiah of God; the Creator of the Universe; the King of kings; the Lion of Judah. These would have been grand introductions, but John used a new phrase which holds no grandeur whatsoever - the Lamb of God.
There is nothing grand or dignified about a lamb. Lambs are small, weak and vulnerable creatures. John and Jesus lived in a society where sheep farming was one of the primary industries. Many families owned a flock of sheep. The sight of a lamb would have been utterly ordinary. Further to that, lambs - particularly male lambs - were useful for just two purposes: their meat and their hide. Then as today, the lifespan of a male lamb was brief. It was fed up until it reached optimum size and then slaughtered.
“Behold the Lamb of God” was a surprising commentary for the appearance of God’s Son.
Being called to follow Jesus, we are called to be lambs in the society around us. We are called to humility, weakness, harmlessness, ordinariness, and to willing self-sacrifice for the benefit of others. This is the way of Jesus. This is ’the Kingdom of God'. So go out into the world today, and be a lamb for God! 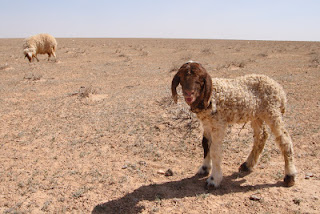